Please present this coupon to the LEGOLAND Discovery Center Dallas/Fort Worth admissions counter to receive $5 off a one-day, full-price ticket for up to four (4) guests. Offer not valid wit…
View

One of my favorite places to go growing up in the DFW area was the Grapevine Mills mall. There are tons of cool stores, a nice movie theater and plenty of places to eat. After I had kids of my own, Grapevine Mills expanded to include two of the coolest places in the area- The Sea Life Aquarium and The LEGOLAND Discovery Center. We have taken our kids to LEGOLAND several times prior to our most recent visit and they always have a great time. LEGOLAND Discovery Center is the perfect size with age appropriate things to do for my 6 year old and my 4 year old twins. It isn't a huge place, but there is plenty to do to keep them occupied for hours of fun.

When you first arrive, you wait for a little play at the entry of the park. This terrifies my 4 year old boys. One of them could not even come in the room, so he and my husband entered through the exit. It really isn't scary, there is just a lot going on and the actor playing the scientist is a bit loud. My 6 year old daughter absolutely loves the part before you enter the park, it is cute, interactive and a lot of fun for older kids. The boys were fine once we got in the park. All 3 of my kids made a bee-line for the big padded playground that they can climb in and at the bottom there are big legos to play with. We forgot that they needed to wear socks, but you can buy some there for $1 a pair if you forget too, that was a lifesaver for us, our kids would have been bummed if they couldn't play in the playground, that is their favorite part! 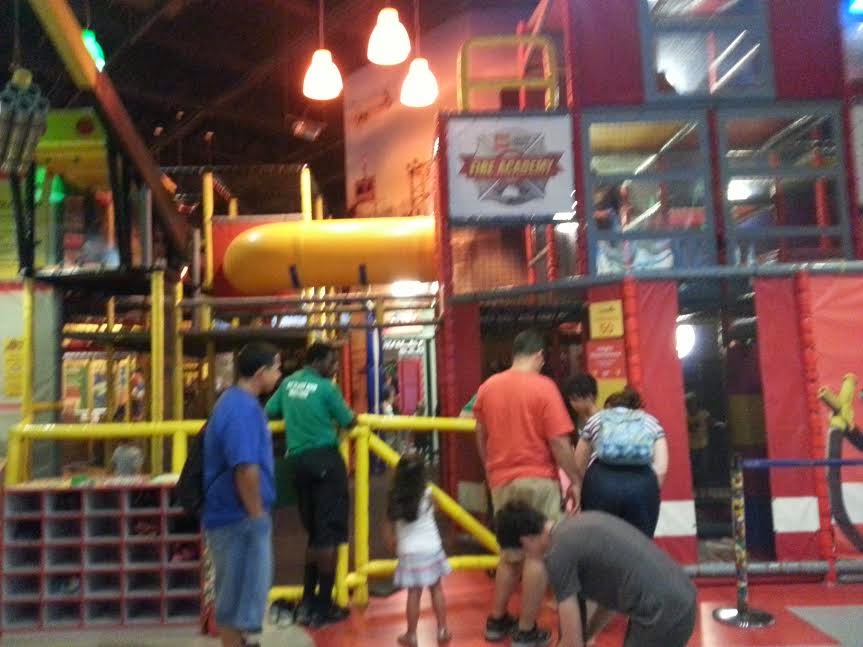 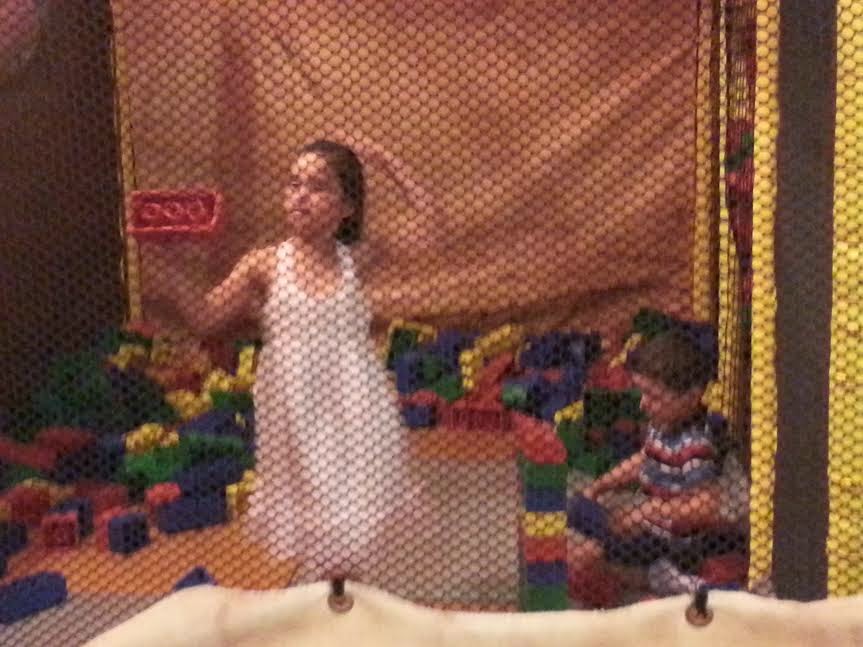 After they played in the playground, they were ready to go explore more. There are some really great displays set up around the center. One that my husband really enjoyed was a room full of Star Wars buildings and characters. Some of these were interactive so the kids had fun playing with the different things they could move around. My favorite display at the LEGOLAND Discovery Center is the Dallas-cetric one. There is an awesome replica of downtown and very detailed LEGO replicas of several landmark places in DFW such as the stadiums that both the Rangers and the Cowboys play in. The kids also loved looking at these LEGO creations, but were ready to move on after they had seen everything in these two rooms. 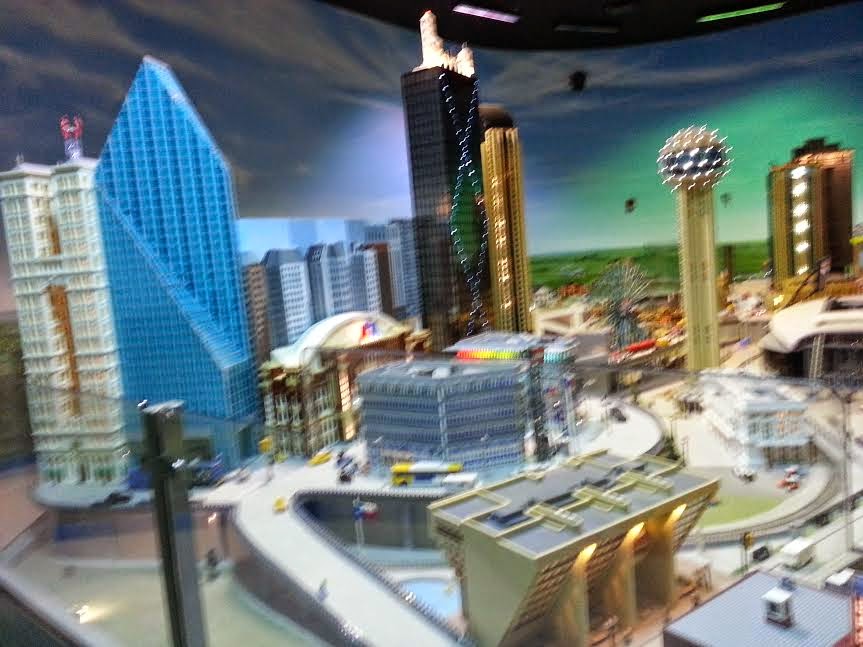 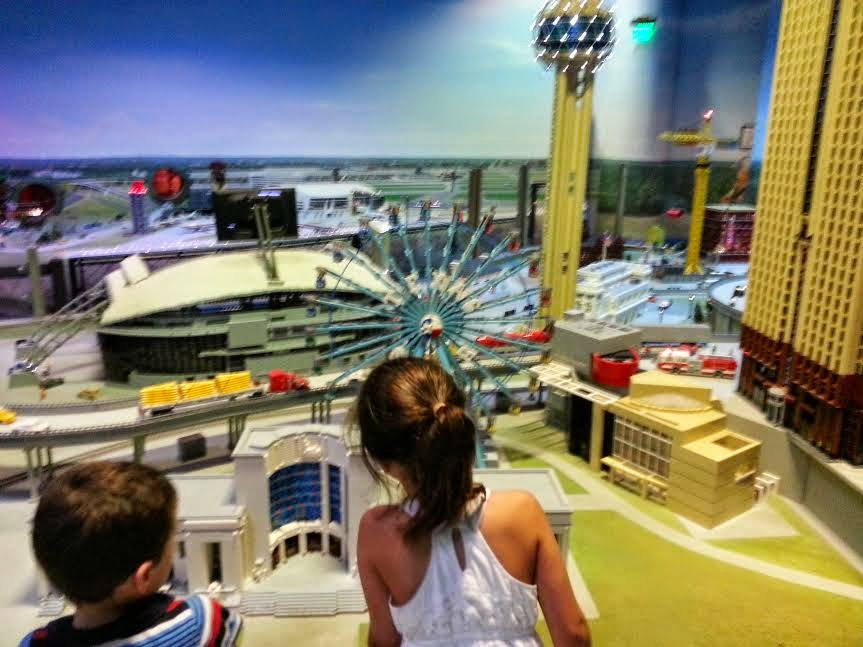 I think that my kids' absolute favorite thing to do was the bumper cars. They had a lot of fun pretending to be police officers and feeling like they were big getting to maneuver cars on their own!

Besides the cool LEGO creations and the big playground, there is a smaller playground made just for kids under 40 inches. My boys are right on the mark so they played in that playground too (you have to be 40 inches or taller to play in the big playground so they are at the perfect age to go to this facility and play right now!!) There are also a few 3D/4D movies to watch, but since my little guys are scared of loud things, we skipped those this go 'round. I have watched them with my daughter before and they are a lot of fun! There are also a couple of fun rides, a princess palace with girly LEGOS and karaoke stage (right next to the toddler playground) and a place to build your own LEGO cars to race each other.

We had a great time and I am sure we will be headed back soon!