Story Land in Glen, NH is a fantastic amusement park to take young kids.  I have been taking my kids there since my son was one and it is so fun to see them ride new rides each year as they grow, but still enjoy some of the rides they enjoyed when they were smaller. 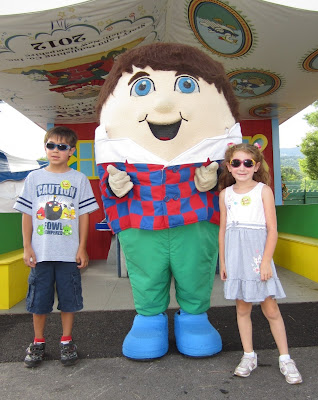 Of course Humpty Dumpty is the most photographed egg around.  We have to take this picture every year. 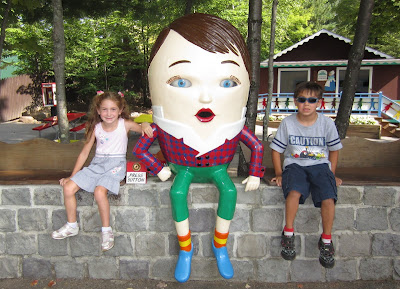 The other picture that you must take is in the Pumpkin Coach.  I love it. 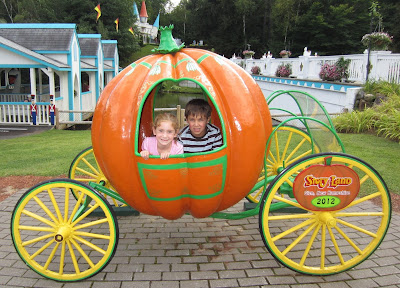 But of course why you go to Story Land is to go on the rides.  This Tractor ride is one that my kids have enjoyed since they are young.  The tractors go on their own but the kids can feel like they are steering and also press buttons to hear different animals make noise.  This is still one of my son's favorite rides as he has driven these tractors since he was one. 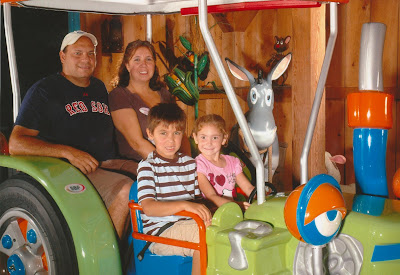 As for new rides that the kids have tried, this year they went on the Bamboo Chutes.  This was the first time they ever went on this flume ride.  Lauren really liked it, Evan wasn't a fan however he must have not disliked it too much as he went on it twice.  You can go in to the park at 3 pm and then go back another day.  So he rode on each of the days we were there. 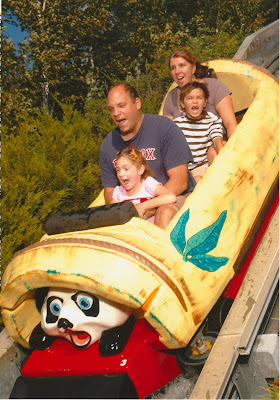 They also enjoy the Pirate area.  They first took a ride on the Pirate boat and got to row then they sprayed water at the boat. 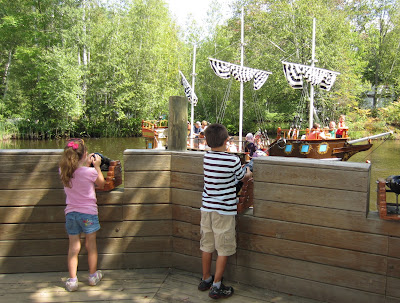 Watch out for Pirates! 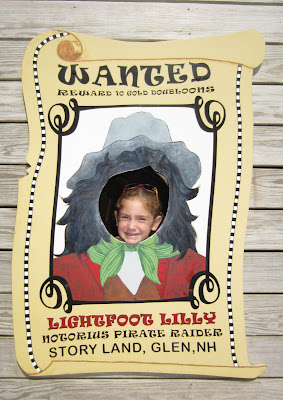 These two are wanted. 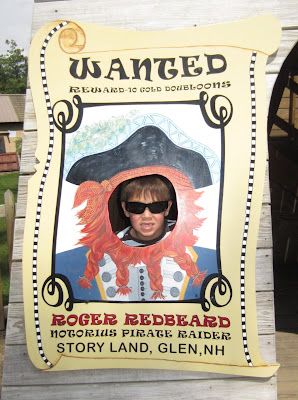 Here is the play area. 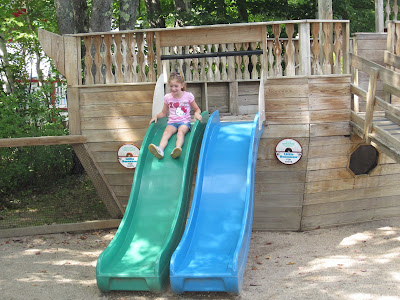 The carousel is unique in the fact that there are only two like it in the world.  One at Story Land and one in Munich, Germany.  The carousel goes counter clock-wise and instead of the horses going up and down they rock back and forth. 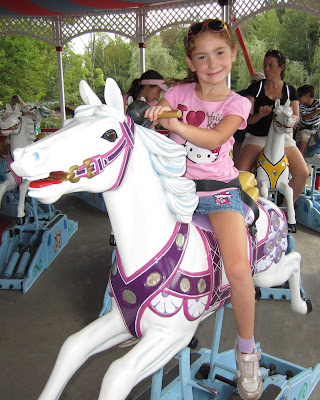 You can also see a lot of characters.  We went up to the Castle and saw Cinderella. 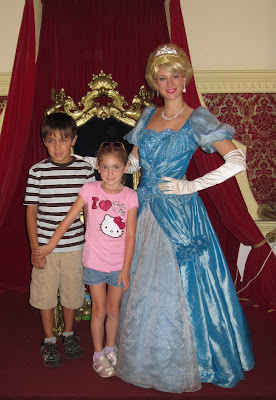 We bumped in to this cool scarecrow.  This is the first time we have seen him. 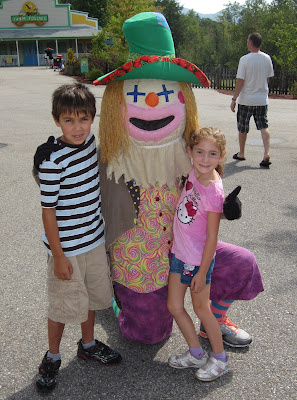 Duke is a newer character at Story Land.  Twice a day he has a dance party with kids which is adorable. 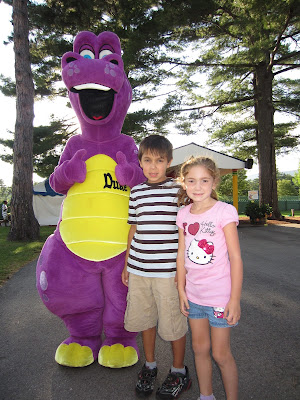 There are so many beautiful areas at Story Land that I put together this slide show to show some of the park.

There are so many places to take cool pictures. 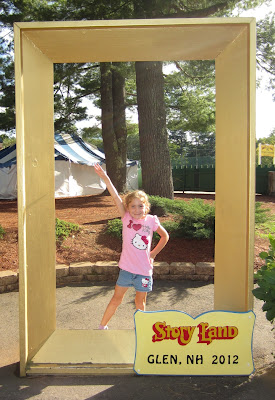 Evan watch out for that Spider! 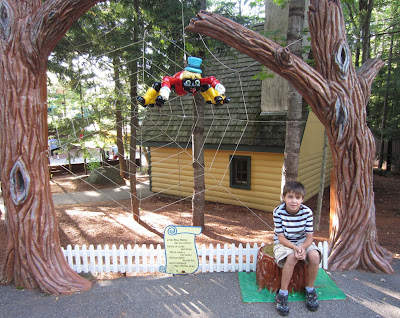 These pictures are super funny as Evan was sneaking in to pictures that Lauren wanted to take.  He is like "where's Waldo" in these and they gave me a giggle. 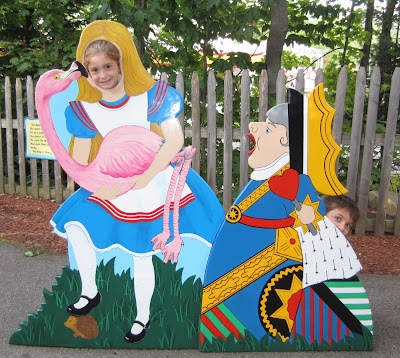 This one is hysterical.  Look at his mischievous face. 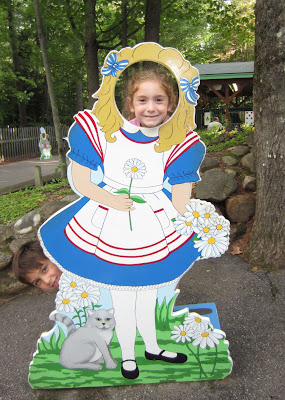 Here they are posing again. 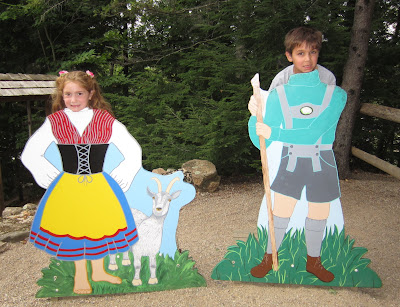 There are also many shows at Story Land.  We went to the Royal Hanneford Circus.  This dog act is actually in the finals right now on America's Got Talent.  The Circus is great and in it's own tent.  We also went to see a Fairy Tale Fiasco which was super cute with a cast singing songs and interacting with the kids. 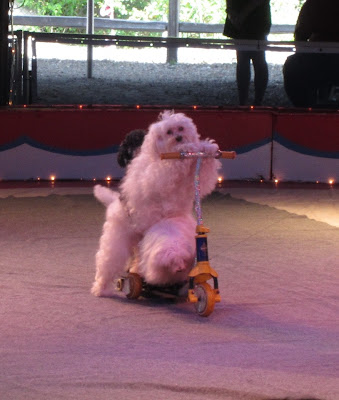 Go ahead and check them out sometime! 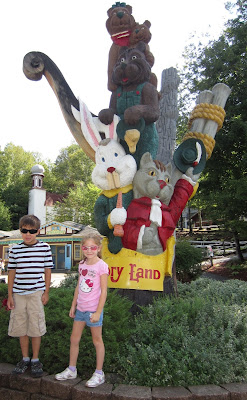 Disclosure:  I received a family four pack of tickets in exchange for this review however I love this park and all opinions are my own.