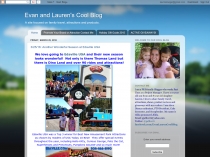 We were lucky enough to go to LEGO Brick Fest yesterday at the Royal Plaza Trade Center in Marlborough.  It is going through Sunday, May 17th and if you have a LEGO fan it is worth going to.  It was perfect for us as Evan loves LEGO and we are celebrating his birthday this weekend. 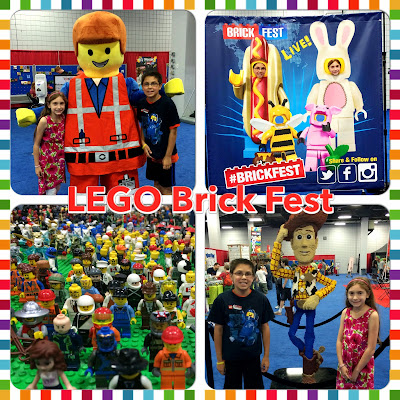 The second we arrived Evan spotted the car building and racing area and made a run for it.  They had timers and all the kids could make their cars. 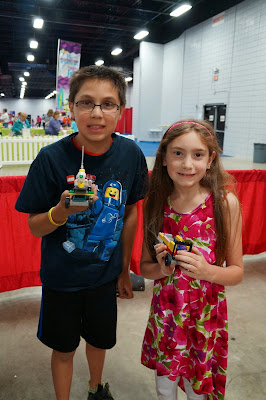 They were proud of their creations and ready to race them.  Evan's came in 1st in our race.  He was psyched. 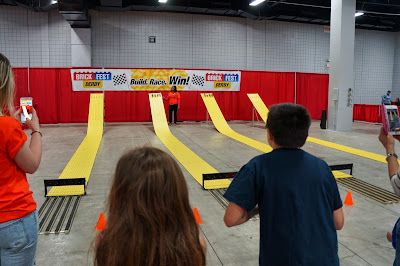 Then there were exhibitors.  This was Sylvan and they had robotic cars that you could make.  Evan went right too it as he had just taken a LEGO Robotics after school class. 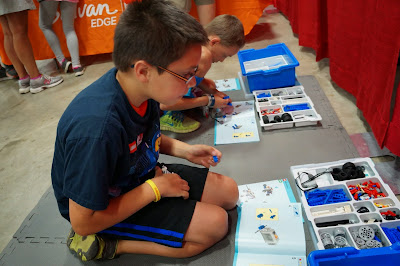 Lauren decided instead of building the robotic car she would take a rest on the bean bag chairs in the next area and read a book.  They had many LEGO books there for kids to read. 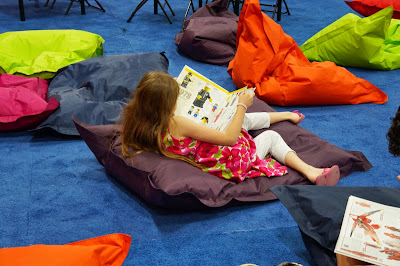 They also had a city area that was setup that you could add to. 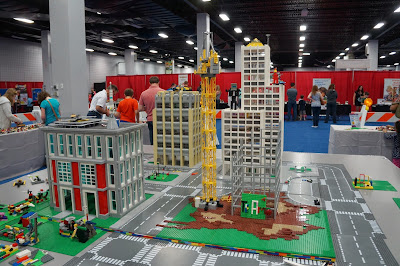 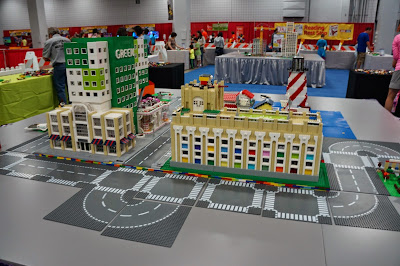 Here are both kids building their creations. 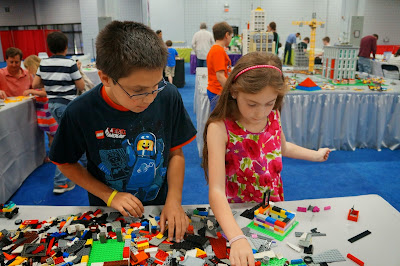 They picked a spot and put them in to the display. 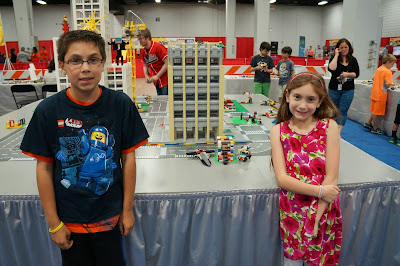 We even met Emmet from the LEGO Movie.  Everything is Awesome!!!! 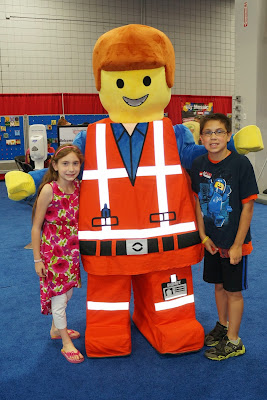 I have the following code to save $2 - LEGO Brick Fest Event Code: FAMGUIDE  http://usfamilycoupons.com/coupon.php?regionid=75&bid=11967&dealid=1914 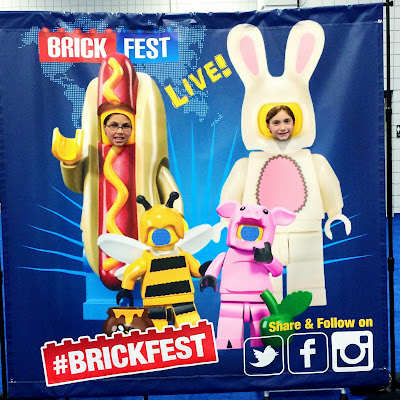 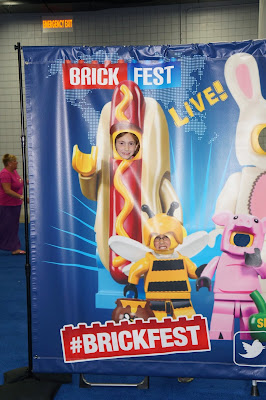 There were many vendors selling things.  You could find tons of mini figures, and LEGO pieces.  Lauren got a pair of LEGO earrings and thought these roses were cool. 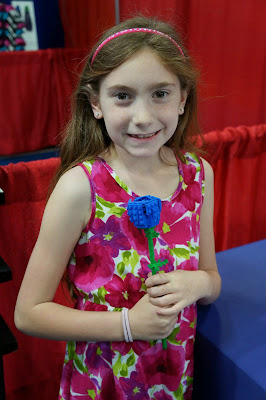 Even Woody was there.  Well, LEGO Woody. 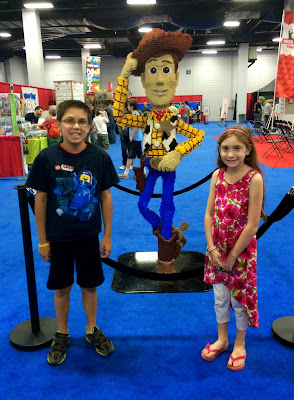 This area was cool.  It is the Glow Zone.  You go inside and see lots of cool creations lit up and glowing. 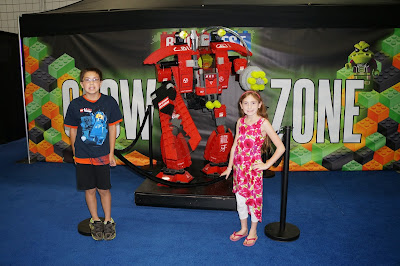 Evan liked this one best. 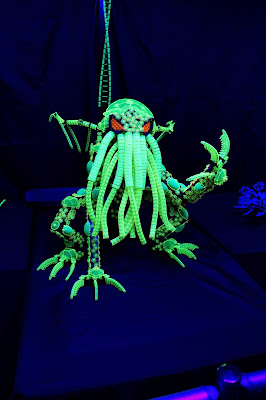 Here are some of the other creations in the Glow Zone. 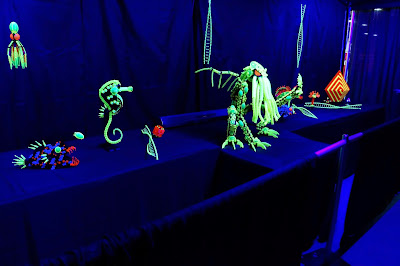 There was a pool of red LEGOs you could build with. 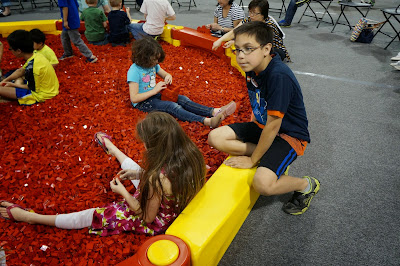 This was a really cool display with a lot of moving parts. 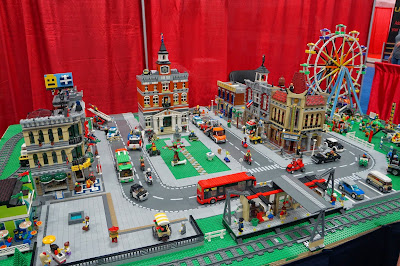 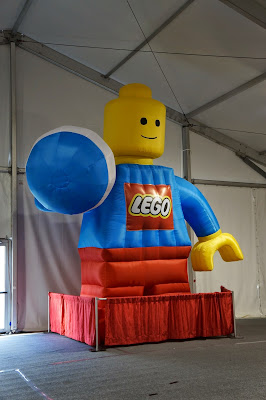 There were also video game consoles to play some cool games. 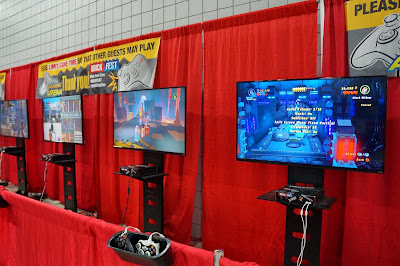 There was a mini golf area which was included with admission. 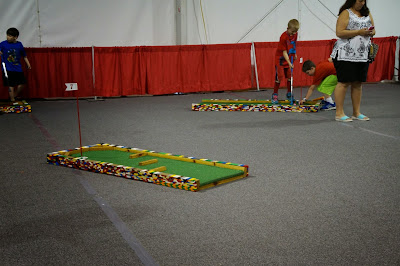 But the best part is using your imagination and creating.  The kids had a great time! 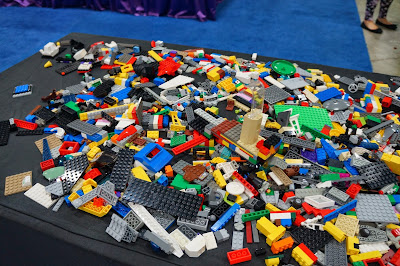 Disclosure:  I received tickets for my family and I to attend LEGO Brick Fest Live.  No other compensation was received in exchange for review.