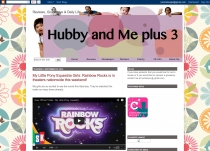 A couple of weeks ago,  we were invited to the Big Apple Circus in New York City, and I must say what an experience that was! It was such a wonderful experience that I would not hesitate to recommend it to my family and friends.

Opened in 1977 and based in NYC, it is different in that it follows the "one ring' circus tradition rather than the multiple rings that was present at the time. We were invited to their location at Damrosch Park of Lincoln Center and it was very accessible while driving (we drove from New Jersey) and had parking that was available close to the vicinity, being that it is in New York City, I imagine other means of transportation (trains, buses, taxi, etc.) shouldn't be too hard as well.

After entering a large tent, we were ushered into a large circus tent, I immediately noticed that on top the large entryway ( the performers entrance and exit into the circus ring ), where there was a band getting ready for the show, somehow it struck a chord with me as in our times of everything digital, it's refreshing to see a live band. (Like we were expecting a Broadway show or something.)
When the first act commenced, I was immediately transfixed as this was somewhat new to me ( I must have been in a circus 3 times in my entire life.) It was the opening act, but I was already amazed as I witnessed a little taste of the high flying, nail biting performances. One act after another, I was looking at my girls while they were completely focused on the different skills of the performers, the mastery of how they did their tricks, the different farm and exotic animals doing their routine and the very funny, interactive clown. The ringmaster was also very good at introducing each act accordingly and even giving a little background and history of both the circus and the performers themselves.

Going home, I asked each one of my girls what were they favorite acts:
Olivia: I like the box and the contortionist (I had to explain to her what that word meant.),
Emma (the fashionista of the three): I like the lady that was changing clothes super fast.
Sophia: I like the dog and the camel!
My wife: I like the spaceship with hanging performers.
Personally I like the two brother that were somersaulting on top of the chair as well as the high flying flyers at the end of the show.

So if you're ever in the city, and looking for an amazing time, the Big Apple Circus will be around until January of next year.  There is something there for every man or woman, old or young, specially the children as it is a wonderful introduction to the world of the Big top.