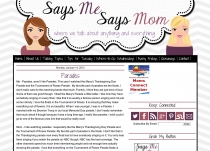 The Big Apple Circus Goes Beyond Your Average Circus

If you think you've been there and seen that because you've seen Ringling Brothers and Barnum and Bailey Circus, think again. If you haven't seen the Big Apple Circus, you haven't seen it all. The Big Apple Circus is not as overwhelming as Ringling Brothers and Barnum and Bailey which is actually a good thing.It is much smaller and more intimate. However, it is equally as awe-inspiring. It is like the next level of traditional circus. It puts a new spin on everything you remember from the circus. If you've seen a bunch of clowns fit in a small car, come and see two women fit in a tiny box. If you've seen jugglers, come and see one man actually juggle another with his feet. If you've seen performing elephants and tigers, come see performing porcupines and camels and goats. Of course, there are still traditional circus acts here. There is a trapeze act and there is a clown, for instance. However, there is so much more to this circus than that. You won't believe two hours can pass by as quickly as it does when you are at The Big Apple Circus.