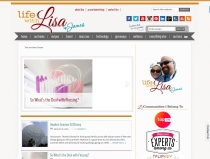 The Wiggles Go On Tour with the Wiggles Wiggly Circus

Have you ever heard of The Wiggles?  If you have a child under the age of 6 you probably have...they are a group of male performers and other fun characters who have been entertaining our children on TV for quite some time now.  With hits like "Big Red Car" and "Fruit Salad" it's hard to not to get caught up in their songs and silly skits.  It's also hard to stop singing "Fruit Salad" once you have heard it.  I went to Gwinnett Arena to see their Wiggles Wiggly Circus tour this past weekend and still find myself blurting out the song...

The show has toured all over the world, from Asia to the US.  If you get a chance to see it before it ends in November, do not miss out.  The actors truly love children and are amazing at inspiring them to jump out of their seats to join in the fun.  They even left the stage several times to come out into the audience and visit with kids while collecting roses for Dorothy the Dinosaur, bones for Wags the Dog, and seashells for Henry the Octopus.  Although my son may be on the tip of their target market (he is 6) he still had a great time and sang along.  I have to admit there were times when I stopped watching the show and started watching all the little ones bouncing around singing and dancing.  It just made my heart smile.

I think it is important to point out a couple things.  The show was very cultural and featured songs and costumes from various countries.

I really think the performers truly love what they do.  They were genuine in their interactions with each other and the kids and you could see that they were having as much fun as the kids.

The Wiggles Wiggly Circus is a must see for any parent of a preschooler.  My husband, son, and I all wanted more when it was over.

Disclosure:  My family was given tickets to the show in order to give you our personal opinions through the USFamilyGuide.com.  There was no other payment involved.