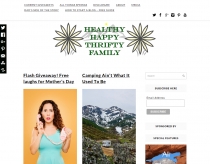 You may remember me posting about Brick Fest last month with a special discount. Well, we got to attend the event today with complimentary tickets. I’ll give you the details about the different parts of the event below. This was held at the Denver Mart on the north side of Denver, and it took us about 1.5 hours to drive up from Colorado Springs.

There were lots of LEGO sets on display. My kids favorite the amusement park with button to press and turn on the rides! We also found some fun scenes and favorite characters including Toy Story, Scooby Doo, The Disney castle and lots more!

There were several building stations around the event.
There was an architecture area, a space-themed area, and a dedicated space for younger kids with Duplo blocks and large foam LEGO bricks. You could also build your own LEGO tile for a mosaic wall. There were a few randomly places LEGO walls, too. These were a great distraction for my little one!

The car building and racing area was a big hit! Everyone created their own car and then raced them against each other on a track. You had just 5 minutes to build using a set of wheels and a base. My 8 and 6 year olds were able to build cars on their own. My 2 year old needed some help!

It was a great experience and we spent about 3 hours there before heading home! If you have a LEGO fan in your house, this is sure to be a hit!